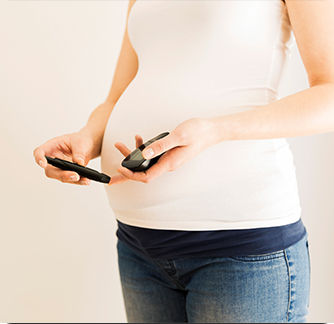 For almost all women, gestational diabetes is asymptomatic. This means that it has no apparent symptoms. This is why consistent testing and observation is important for women who are pregnant.

Gestational diabetes can be detected with a few different tests. These include a glucose challenge test, which is used to measure blood sugar levels and glucose intolerance testing, which does the same. Blood glucose tests provide the best indicator of a case of gestational diabetes.

It is not known why some women are more likely to develop gestational diabetes than others. Part of the issue may stem from the hormonal changes created by pregnancy. Some of the key hormones generated by the reproductive system can have the unwanted side-effect of blocking insulin.